¡Me han publicado un trabajo! - My work has been featured!!!


Yesterday Montse Riqué wrote me congratulating because my Mediterranean scene has been published in the Spanish magazine "Miniaturas" and it gave to me a tremendous happiness :). I had not still bought the magazine this month and I had not seen it, so today I have run to buy it. And my parents already have one:)

Many, thank you very much to all the magazine team, it is a very nice emotion that had never experimented.
If you do click in the picture you will enlarge. This is what is written, translated from Spanish of course:
I would like to show you one of my recent scenes dedicated to the Mediterranean. I was born in Barcelona, so it is present in my life and I love to be close to it. As you can see the escene is not very big, though it is full of things related to the sea and the nautical theme. Practically everything was done for my, except all the shells, shells and mini skeletons of hedgehogs (that me Sabiha sent from Holland) and that are a mini treasure since I am a biologist and they are real. Also there are other Sabiha's precious gifts (the draw of the crab), of Marver (some nautical maps), of Carmen (the small dolphin that it appreciates in the network of fishing) and the Mavi Fernandez's hyacinth that I bought time ago.


I wanted that everything was white or blue with his different ranges to be able to harmonize better.
The whitewashed walls and the rustic joist give a seaworthy air and very Mediterranean as the window across which you can see precious people Cadaqués in Girona . The window and the table are the big protagonists. The table is done following Leo Furtado's tutorial using clothes pegs. I decided that the surface table would be done with real mosaic, and there it is, in whitly and light blue. I did a fish net and added many shells and winkles gathered in the shore of the beach during the summer. In a scaled box they guard the nautical letters and some maps (maybe of hidden treasures). I did the tiny lighthouse with a hood of felt-tip pen, part of the packing of a collyrium and dried air paste, and all the frames of the pictures using polymer clay and balsa wood.The lamp is identical to one that I have at home and it was difficult to me to do becauseI am not used to work with tin. The tiny ship, took me days to think how to do its hull. Ultimately the solution came eating pistachios, it is half shell and the rest I spin, balsa wood ardboard. It is baptized with the name of my son Arnau. 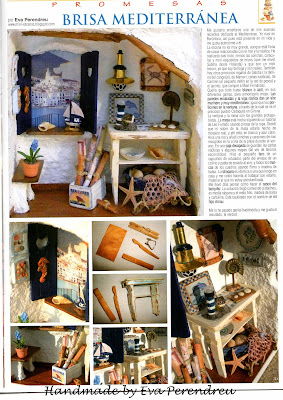 EVAAAAAAAAAAAAAA! I am soooooooo thrilled, jumping up and down for you :). It is so spectacular to be featured in Miniatura :). EXCiTING! Frame it up, dear. And scan the page for me? :) I want to show mum. loads of love and kisses for my famous friend :).

Congrats! You deserve it Eva!:)The scene is beautiful!

I don't think I commented at the time ....but I thought your scene so typical of the mediterranean & beautifully done. The view from the window is of Santorini isn't it?
I'm sure Miniatura should be proud to feature you!!
hugs Karin

Hi Karin
The picture is not from Santorini in Greece.
The white village is Cadaques in Spain, in the Mediterranean coast.
Two hours far from my home :)
A really beautiful place!

YEAH!!!! Eva, Congratulations!! That's awesome. Your work is fabulous so I'm not too surprised, but still I'm very excited for you!

Congratulations Eva, and my compliments, the scene is so fantastic. Its obvious why the wanted to print an article about it, great details.
Love, Susanne

Congratulations,
it must be a very special feeling to be published.
I am so happy for you!
I love the scene you made.
Very realitic and beuatifull made.
Hugs
Maria

Congratulations Eva! A well deserved honor too, your minis are wonderful. I am so happy for you. XOXO Christel

Felicidades Eva!!!! How wonderful for you!!! I'm very thrilled for you too..it is a pitty we can't buy the magazine in Holland but i do know it is a fantastic magazine!

Congratulation for this important new, this is a great roombox and I'm very happy for you.
A big hug
Roberta

Contragulations Eva, your work is lovely and deserves to be seen by many. Just catching up here, so missed your posting earlier. Very well done!

Si quieres comprar algo de este blog escíbeme - If you want to buy something of this blog, email me 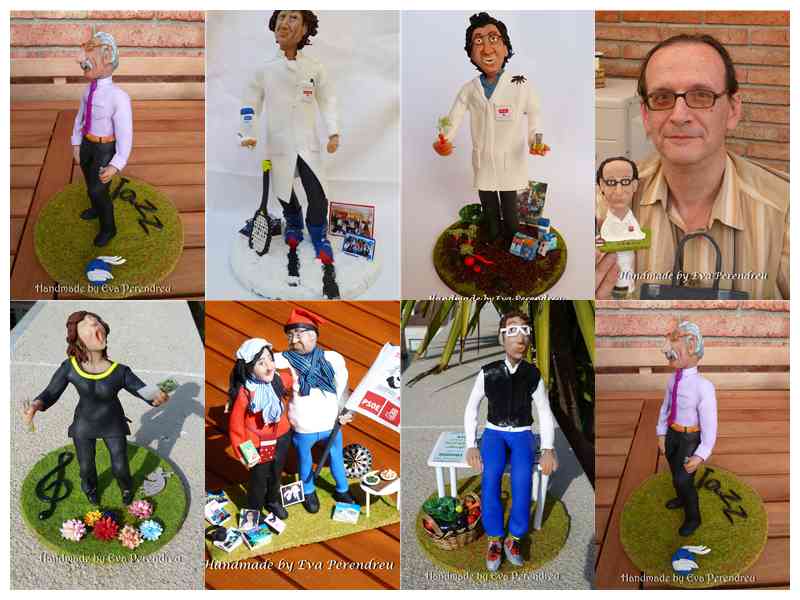 All the photographs and artwork here are my own(unless otherwise stated) if you want to publish anything you find here, please ask me first. 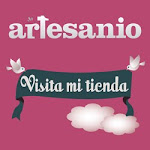 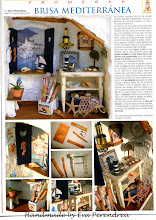 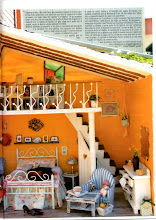 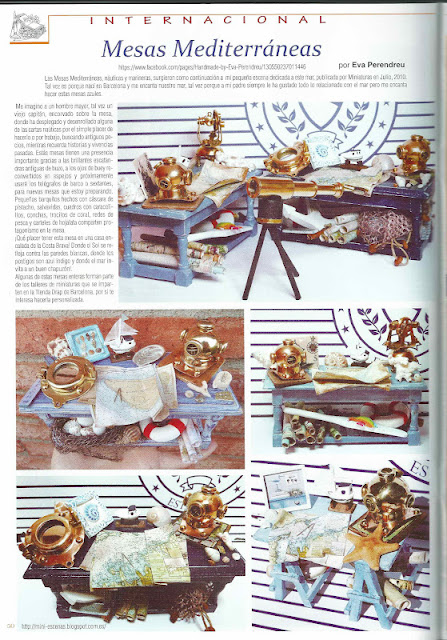 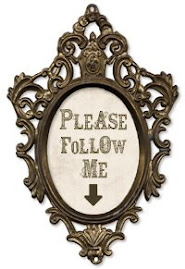 Trabajos anteriores - Labels of my past work 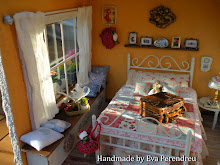 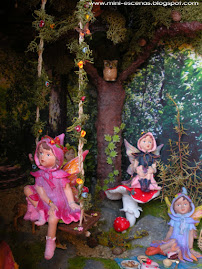 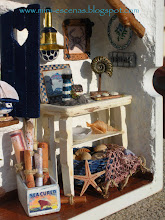 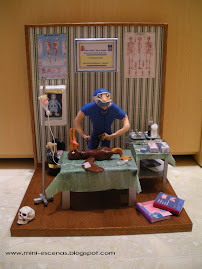 Un regalo a mi cirujano - A gift for my surgeon 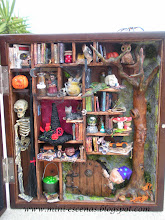 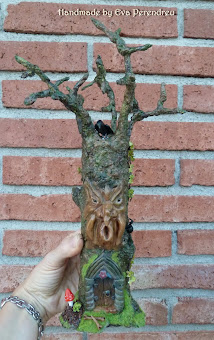 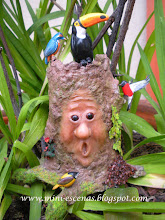 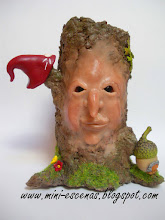 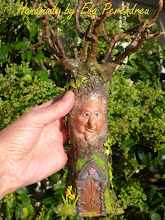 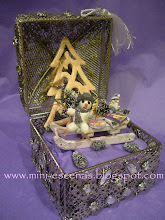 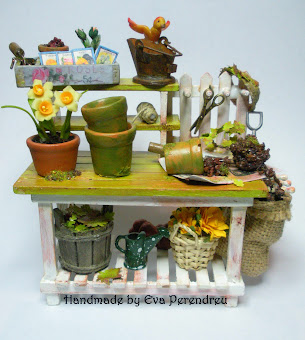 Un regalo a mi madre - A gift for my mother

Made by my father and painted by me 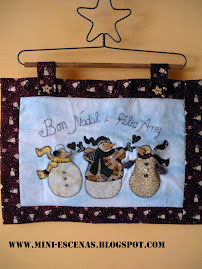 Aunque no soy muy buena con la aguja - I am not so good with the needle...